I worked with Coffee Digital in New York to create this 'spot the difference' holiday illustration for American Century Investments. After I illustrated it, Coffee Ditial turned it into an interactive game. By running your finger over the image, you uncovered the differences (small positive changes one could make in life). It formed part of American Century's holiday campaign. 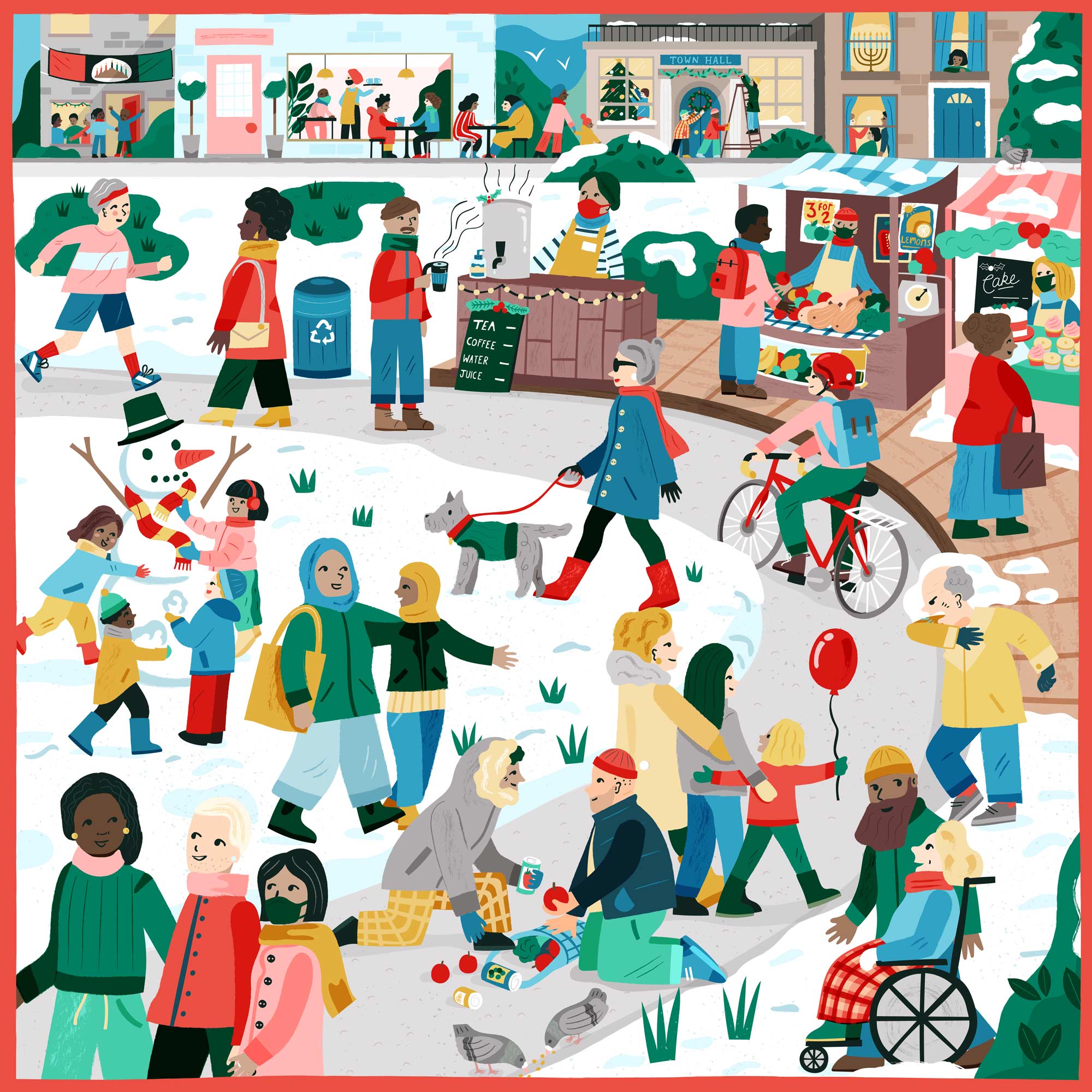 Here but Somewhere Else

The Surgery of the Future

A Green Vision for Cornwall

Map of the Tin Coast